July 2011 – It was summer in where I was that time. My aunt invited me to join them for a long drive trip to Quebec coming all the way from Virginia. I got excited because I’ll be visiting a French speaking place (closest to Paris I could get…hehe).

Before our trip, I did not google about Quebec, asked what’s in that place or even got curious what I could see there. I realize that if someone else is planning the trip, I really don’t have to know the details.

And you know what? It was really good not to know the details. Because I didn’t know what to expect, I got blown away by the place. Sounds exaggerated? Not really. I fell “in love” with the place. I felt like I was in one of those places that I see in Europe. The old city of Quebec was really beautiful. And not to forget, the French dishes we have tried were really impressive. I’ve used some of the basic French words I’ve learned from my 101 class before (finally! Hehe)

I’ve learned some history about the province like it was used to be under the French colony, thus, the French-speaking people. It has a Catholic background seeing all the big churches in every town or city. I’ve learned from our tour guide that the highest rate of employment comes from tourism. No wonder I see information centers in almost every town we passed by to.

I must say, it was one of my best trips in Canada.  I thank God for such privilege of allowing me to see beautiful places on the other side of the world.

strolling around the city

behind me, just one of the huge churches 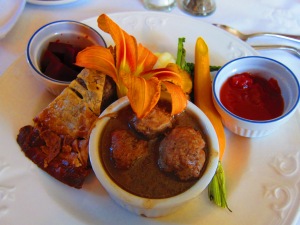 i can’t even eat this, i can just stare 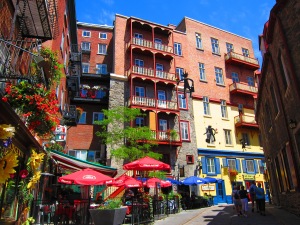 if i was right,  i think this is their parliament building (??)

[Sermon/Podcast] How Do I Find God’s Will?